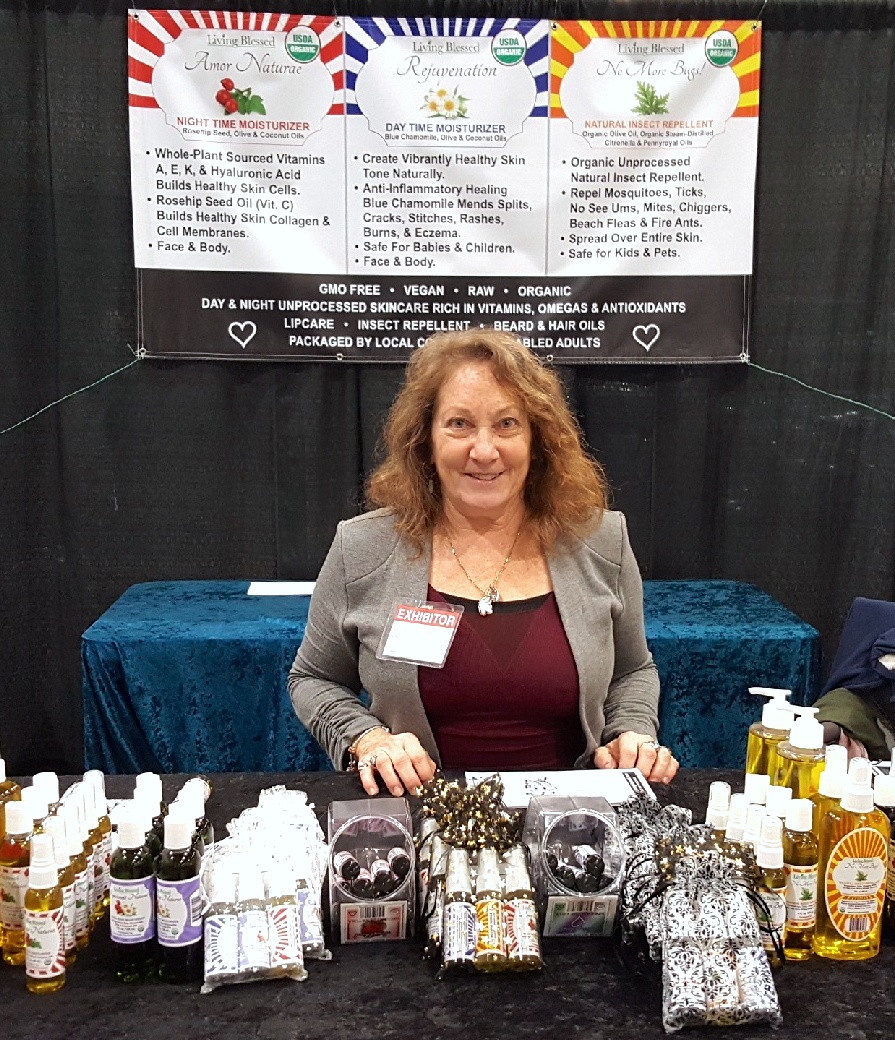 While living in Thailand from 1972-1974 I was exposed to asian herbalism and natural medicines. I became aware of plant based medicines and indigenous solutions to greater health.

Years ago in the late 70s, my oldest son developed asthma from commercial cleaning fluids I used in our home.

My youngest son had severe reactions to mosquito bites. He was either going to need an EpiPen or a less complicated solution to stop the welts.

My needs to protect my children and show them how to create health in life prompted me to apply things I had learned in research to make my own natural solutions using the power of plants.

LBCF partners with organizations that provide job coaches to adults with cognitive disabilities and developmentally delaying disabilities so they can hold jobs that reflect into their communities and be productive members of society to the best of their individual abilities.

LBCF believes that support from local businesses towards their community is vital to community health, both socially and economically, and that all businesses share an unspoken ethical responsibility to support their community by either producing and selling products that protect the consumer and the environment, or by providing services that help sustain individuals and the local economy.

The Arch of San Diego

The Arc of San Diego is a school for children and adults with developmental disabilities. The Arc offers programs and services that support and enhance consumer independence, self-esteem, mutual respect, value and dignity. These programs and services are provided through comprehensive residential settings and community-based systems that recognize and supports cultural diversity.

Achieve Builds Confidence, Inc. provides the finest in services for children and adults with developmental disabilities. Contracted through the Arizona Department of Economic Security Division of Developmental Disabilities, Achieve, Inc. provides Group Supported Employment, Day Treatment and Training, Home Based Respite, Habilitation Training, Attendant Care, and summer programs for children 5 to 22 years of age. Achieve has 6 sites located in central Tucson and the northwest area of the metro area including Marana and Oro Valley.

Yavapai Exceptional Industries (YEI!) was founded in 1974 by area business leaders and families as a charitable, non-profit organization purposed to creating opportunities in the economy and the community for adults with disabilities.  YEI! is the first choice for people who yearn to fully integrate into the community, making lasting contributions to their households and hometowns while extenuating all their native gifts.

Born in Utah while my father was a PhD candidate at Brigham Young, we moved to West Virginia and then Derwood, Maryland before I was two, way back when rural areas existed. I spent the best of my earliest years in a home adjacent to a forest on one side and a cornfield behind the house with a little schoolhouse in the backyard while my father worked for The Bureau of Standards in DC. My father then took a split teaching position at The University of Arizona in Tucson (Chemistry/Nuclear Physics) when I was seven. By the time I was 14 we left for Bangkok, Thailand for almost 2 years. I spent most of high school at RIS (Ruam Rudee International School) during the Viet Nam war. My classmates were from all over the world and we mixed our colloquial languages with all the color of our combined cultures. Back then I was fluent in Thai to the point that my father allowed me to go where I pleased on my own. During this time, I became aware of Chinese Medicine, Auyervedic Medicine, common herbal practices and medicines and thought of them as common-sense solutions. I loved plants and science from the start. From age 15-16 I spent a 4-month period in Roskilde, Denmark. I learned as much Danish as possible, and as much as I could about plant life in this new environment.

These experiences combined with the needs of my children and family lead me to discovering the rich historic literature and teachings of herbalism around the world. The art and science of making plant-based medicines became my secondary focus while I obtained college degrees at the UA and Norwich University. My oldest son, Science Fiction author Peter J. Wacks, developed asthma from the commercial cleaning products I used in our home at that time. That one moment caused me to throw everything commercial out and never look back. During my time in Vermont, I raised my younger two kids organic vegan because at the time meat without growth hormones and antibiotics was impossible to find. I wanted to raise healthy kids with healthy immune systems. This is also the time period (about 30 years ago) within which I created the products sold through my website.

When my younger kids were in middle school, I obtained my science teaching certification through University of Alaska Fairbanks. In 2006 I was Arizona Science teacher of the year. Shortly after the district forced all teachers on a timetable that made them say and teach the same boring content in the same boring method. I went from running a lab based upon the scientific method with constant experiments and teaching curriculum such as Electromagnetic Wavelengths to a curriculum that did not challenge critical thinking in the least. I could no longer teach and challenge students,  so I became a substitute teacher’s aide for a special needs high school classroom for about 2 years. The teacher in the class had also left the science department at the same time as I and we knew each other. During this time, we used my formulas to teach multistep processes that provided the kids with a finished product and fit their learning needs and provided a product that could be sold through a school club that we formed. By the end of the year we had enough money to take the kids to a restaurant for the first time in their lives. That was the moment I realized I could produce the products professionally and have them packaged by similar adults providing them with a positive role in the community which would result in greater quality of life personally. Long story shortened and here we are!